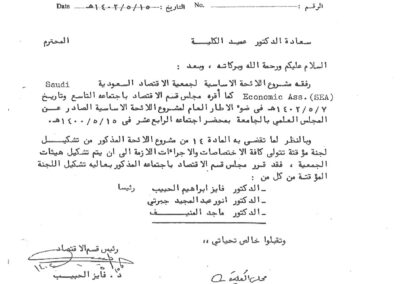 Memorandum of the Economics Department initiative at KSU, which was submitted to the Dean of the College of Administrative Sciences in 1982 (1402 AH) regrading the establishment of SEA. 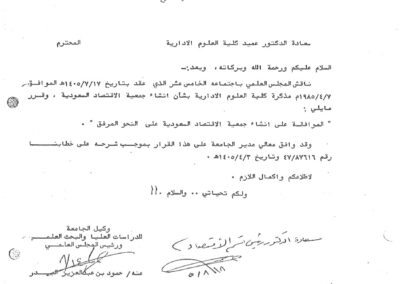 Th approval letter for the establishment of the association was issued by King Saud University’s Scientific Council in 1985 (1405 AH). 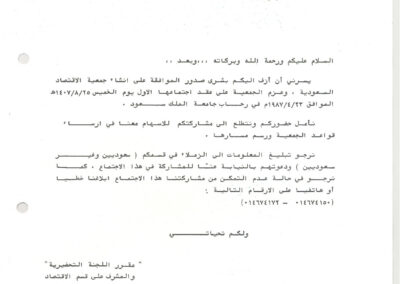 Invitation Letter from the Head of the Economics Department for holding the first SEA meeting in 1987 (1407 AH) on KSU campus. 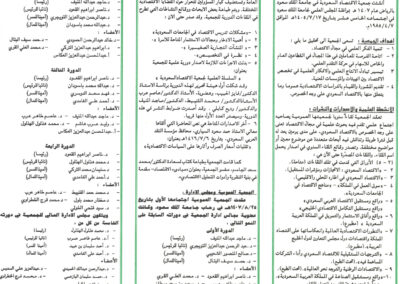 An old introductory brochure about the SEA 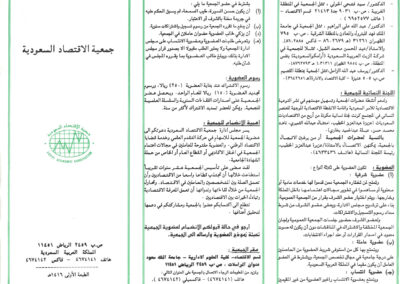 Continued: An old introductory brochure about the SEA